Immersive audio that puts the listener in the center of the action is where the future of sound lies. The problem is in figuring out how to deliver this sonic experience via mobile-friendly hardware or wearables that are not cumbersome to the end-user.

Traditionally, immersive audio experience is delivered in the form of surround sound with multiple speakers positioned around you (and above you as well), first in movie theatres and later into your homes via multi-speaker home theatre systems.

However, installing such surround sound systems at home isn’t practical for many reasons (eg. the space it takes up) and even more so now with most content being consumed on-the-go.

How do we better deliver surround sound on mobile headsets?

Back in 1999, Sennheiser was ahead of its time when it launched this huge Surrounder device that you would wear almost like a neck-brace to enjoy Dolby Pro-logic surround sound.

Phew. Luckily, 20 years on, we have better solutions available, one of which is this tiny Super X-fi amp that is capable of delivering a multi-speaker soundscape accurately over a pair of stereo headphones.

As a “sound guy”, the reason why I think the Super X-Fi technology trumps other solutions is the accuracy in which it can translate the directionality and spatiality of a 7.1 sound setup into a pair of headphones.

You might have come across surround sound headsets that contain several small, discrete speakers in each headphone cup to process 5.1 or 7.1 surround audio, or headphones with their own virtualisation software that enhance a normal stereo sound in a panoramic way such that it sounds to be emanating from more than just the left and right channels.

I’ve tried out a couple of these surround headsets or virtualised surround sound software developed primarily for the gaming industry, but the accuracy of their surround reproduction was lacking.

How good is the Super X-Fi?

At first, simply from reading what’s been written about Super X-Fi, I was naturally sceptical that this technology would just be another kind of virtualisation algorithm.

But I was proven to be very wrong after meeting up with the engineers at Creative Technologies HQ in Singapore for a personalised calibration process and demo of the technology.

Super X-Fi recreates how sound naturally reaches our ears in a 360-deg spherical space by way of measuring and mapping our individual head and ears profile.

This allows for the generation of a customised frequency and impulse response filter, through which a stereo signal could then pass through to produce a 360-degree-like soundscape image over a pair of headphones.

Which means, for the Super X-Fi amp to work as intended, you would need to personalise your ear and head profile. This could be done in a couple of ways, one of which is via the Sxfi App by simply taking and uploading three photos of your ears and face.

The ear and face mapping process for Super X-Fi

At the Creative Technologies HQ, I was taken through another calibration process that involved me sitting in the centre of a spacious 7.1 multi-speaker surround setup with a pair of in-ear binaural microphones placed into my ears.

A series of frequency sweeps were then played via the surround speakers, while the in-ear mics recorded how the different frequencies and impulses are altered, boosted or attenuated upon reaching my ears from different angles and positions. You can watch a video of a similar calibration setup for Super X-Fi conducted by Creative at CES2018.

Using the captured data, the app can create a very precise and personalised HRTF profile that mimics the way our brain and ears pinpoint the directionality and spatiality of sounds around us in the 3D space.

What happened next was a jaw-dropping experience that I totally did not expect.

So there I was still seated in the centre of the room and asked to put on a pair of open-back headphones to continue with the calibration process. There was a computer voice guide being played via the seven surround speakers one at a time in a clockwise motion.

“Front left…, centre…, front right…, surround right…, rear right…, rear left…, surround left…,” the voice guide was literally going around in circles to allow me to identify the direction and distance of each speaker in the 7.1 setup.

And, all of a sudden, the Creative team asked if my headphones were working fine, probably because I had been sitting there expressionless for a while.

That was when I lifted one cup of the headphones and realised the room was silent.

“Holy cow, the sounds were only coming from the headphones!”

Jaw dropped. The voice prompts I was hearing in the headphones sounded as if they were coming one by one from the actual speakers around me.

At some point along the way, the signal source had been switched from the physical 7.1 speakers to the open-ear headphones driven by the Super X-Fi amp, without me detecting any change in terms of volume, direction and perceived distance of the sounds.

This made me very excited, to say the least. This was the type of technology I had been waiting for to see the audio industry propelled into their next big leap and play catch up with the rapid advancements in immersive video technology in recent years.

When I first browsed Peter Thiel’s “Zero to One” two years ago, I remembered asking myself,

“What would the audio production industry look or sound like in ten years’ time?”

I held the view then (and now still) that the next big leap in audio would arrive in the form of 3D immersive audio, with the development and consumerism of AR/VR technology leading the advancement.

But to do so, we would first have to overcome one big bottleneck in finding a technology to deliver accurate and realistic immersive audio in a convenient way without having to put multiple speakers around your head. And looking stupid. 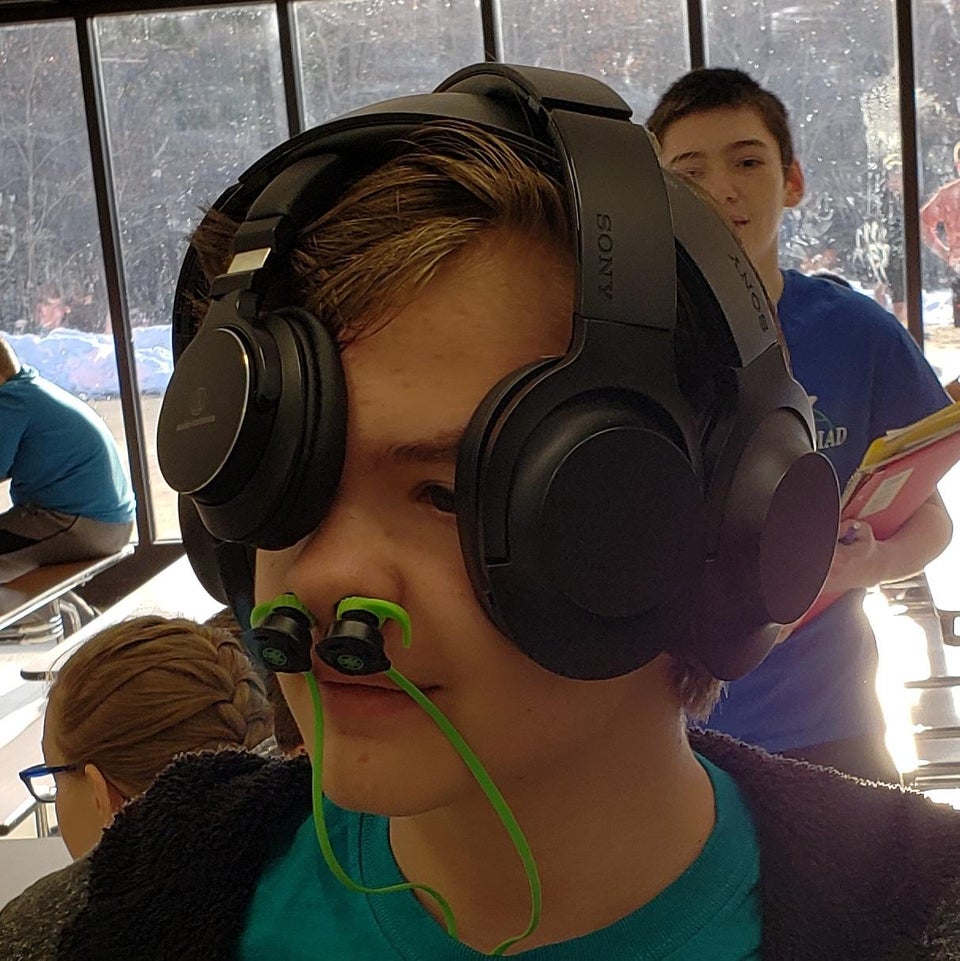 Now, with the Super X-Fi technology, I think we are really on the cusp of a new way in which sound will be delivered and consumed on mobile devices in the next 10-15 years.

According to Creative Technologies, this was a technology that has been in the making for 20 years and cost more than USD$100 million in R&D, culminating in the form of a tiny processor chip that could be adopted by other mobile devices as an audio processor to make portable immersive sound a widespread standard.

Currently, the Super X-Fi technology allows stereo mixes (and even mono recordings) to be enhanced through its processor to present a so-called “holographic” image.

When playing your favourite music through the Sxfi amp, you will certainly hear the tunes being re-presented onto a different soundstage that I would describe as being more expansive, though not necessarily the way it might have been imagined by the mixing producer.

Like a friend of mine who’s been an early adopter of the Sxfi Air headphones, he noted that “not all music sound good through it”, which is a fair remark given that not all music were produced and mixed with a naturally open soundstage in mind.

Where the real potential of Super X-Fi technology lies

To me, the true value of the Super X-Fi technology that has been unlocked is its capability of reproducing surround sound and immersive audio with precision over a pair of stereo headphones.

Imagine translating the sonic experience of watching a movie in a surround sound theatre onto a pair of headphones.

Or, if you are a gamer often left frustrated for not being able to pinpoint the direction of shooters coming at you from behind, you can now have high-precision and realistic surround gaming headsets to take your game to a new level.

And of course, if you are a music-lover, perhaps we can finally look forward to surround music mixes and immersive concert album tracks as the new norms in music production.