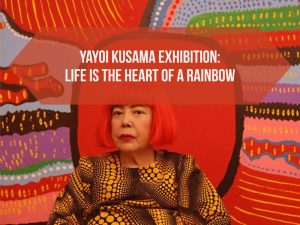 Yayoi Kusama’s exhibition “Life Is The Heart Of A Rainbow” in Singapore ranks as one of the more interesting voice-over projects we have worked on recently.

This is Yayoi Kusama’s first major exhibition in the region and it also marks National Gallery Singapore (NGS)’s first major showcase of an artist that didn’t fall within the league of Southeast Asian art.

But, for a world-renowned avant-garde artiste of Yayoi Kusama’s stature – she’s arguably the most popular female artist in the world judging by the crowds she drew to her previous exhibition – there’s really little concern as to whether conventions are to be respected or not.

And when it came to producing the audio guide with music for her exhibition, we also tried to break the “norm” of the usual dry and flat documentary-style reads you would find in most museum audio guides.

The project had initially seemed simple enough like any other voice-over brief when I was first tasked by Adrian to handle the project. We had to create voice-over guides, accompanied with music tracks; eight audio stops in total, with each stop featuring a different set of paintings, sculptures, photographs etc.

But as I researched on Kusama’s art and her life as an artist prior to our meeting with National Gallery Singapore, the vibrant and psychedelic undertones of her works drew me into a different direction of thought. 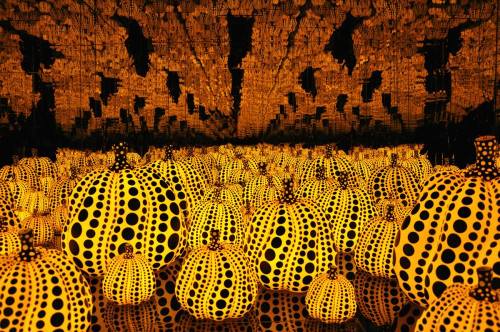 Raising the bar for a museum audio guide project

Each of Kusama’s artworks is a statement, an insight into a specific phase in Kusama’s life that invites us to reflect on our own. They include vast canvases of polka dots, bold lines and bright colours, and disconcerting phallic growths sprouting from everyday objects like chairs, couches, and rowing boats.

It would be a misfit to use the usual stock music you hear in Youtube videos or commercials for the audio guides.

Hence, we wanted each music piece to fit the undertones and creative intent of her artworks on display at each audio stop.

Due to the avant-garde nature of her creations, we had to find some pretty unique music pieces that match the exhibition’s unique mix of trippy, disturbing, and psychedelic artwork.

Adrian had also wanted us to set a high bar of finding suitable music that serves as an extension of Kusama’s creative intentions. 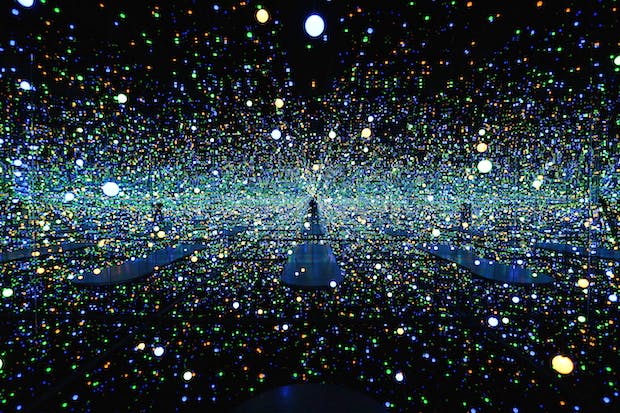 So, while Adrian got busy contacting and auditioning voice talents that he thought would be suitable for the project, I troughed through the music libraries, searching for tags like ‘eccentric’ and ‘quirky’, ‘dreamy’ and ‘floating’.

The music couldn’t overwhelm either the voice talent or the artwork itself, so we tried for slower music with fewer beats. Anyone in post-production would probably understand how long it takes to find the right music that fits the mood, context and the story of your film or video.

Many of the tracks that were eccentric and quirky tend to either have heavy bass and drum beats, or too much of a circus vibe to it. The dreamy tracks on the other hand often had a buildup that would be too cinematic or dramatic for most visitors of the exhibition.

When Adrian and I sat down to go through my initial shortlist of close to twenty tracks, I started to realise that about half of what I had found didn’t make Adrian’s cut.

I couldn’t understand why at first.

As we reviewed the last track for audio stop No. 8, Adrian very succinctly put into words what I couldn’t place.

“You need to read the script over the music. Then you’ll see what I mean.”

Duh. It was like the fog had cleared over to make way for the sun. How could I have not thought of that? Together with the artwork and the voiceover, the music was meant to take a backseat. If it couldn’t even complement the voice, what likelihood was there that it could with the art on display?

So, through our best imitation of “professional-voiceover-talent” using our own voices, we took turns reading the script over the selected music. Some tracks, while fitting the requirements of slow or dreamy or eccentric, ended up sounding jarring when put together with a voice-over on top.

It was back to the “sound” board so to speak and I managed to curate a second list of music by the end of the day. And further consultation with Julianne from NGS, we had our chosen list of eight tracks that you can hear when you access the audio guide at the museum.

It included a range of styles, beginning with a curious opener designed to pique the visitor’s interest, …

… to a bumbling, pizzicato track for the Pumpkins exhibition, intended to provide a comedic reprieve before the visitor goes back to the more meditative pieces.

The audio guide for the Eternal Soul series at stop No.7 complements Kusama’s latest works (some of which are on display for the first time) which are seemingly cheery from the bright colours used but for the embedded dark themes of death and mortality.

The last audio stop was for the famous Narcissus Garden and we chose a reflective piece of music filled with kinetic chimes and a light touch of repeated delays to mimic the theme of narcissistic self-indulgence.

The Voice-Over Talents behind the audio guide project 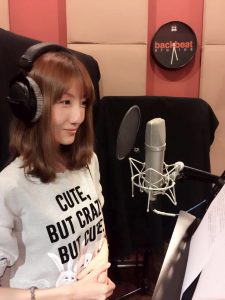 Just in case you are interested, we had Chio Su-Ping and Dwayne Tan recording the English voice-overs, while Reiko Yokoi and Hiro Takatsuka took on the parts for the Japanese version.

We made sure we had the music finalized before the actual voice-over recording, so that the talents could match the mood and groove of the music bed during recording.

Interestingly, Julianne’s initial request to have both male and female voiceovers take turns to speak within the same audio guide had us wondering whether it would work well initially. Would the two talents be able to match each other tonally? Would a switch between two voices distract the listener from the content?

As it turned out, even though the male and female voice-overs were recorded separately, with a bit of preparation and streamlining of direction, we managed to ensure that the tonality, voice pitch and energy of both voice-overs were able to sit well together. Having professional voice talents on the project helped a lot of course, as they were able to grasp the requirements really fast. 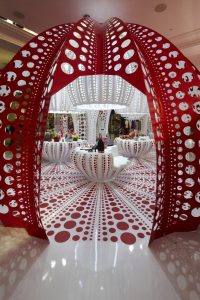 As I listen to the end result when the two sets of voices within each audio stop were interlaced together, I’m tempted to conclude that this dual-voiceover model in a way mirrors Kusama’s unique art form and psychedelic penchants and would also prompt the listeners to reflect on an unspoken sense of duality that permeates our consciousness of Kusama as an artist and her art in popular culture.

When you are visit the exhibition, please remember to access the audio-guide on location via your smartphone and share with us your experience.